The TPQuadballer: A Product Review

Trigger Point Performance Self Myofascial Release and DeepTissue Massage Quadballer Roller (TPQuadballer). The name in itself says a lot, but basically this product represents another in a long line of recovery products, but a product that has been purchased and deployed by many of the runners I coach. We have dumped the standard foam rollers—they get dirty, torn up by the groud/road/track, and lose density over time. The TPQuadballer does not, it holds up and quite possibly does a better job. 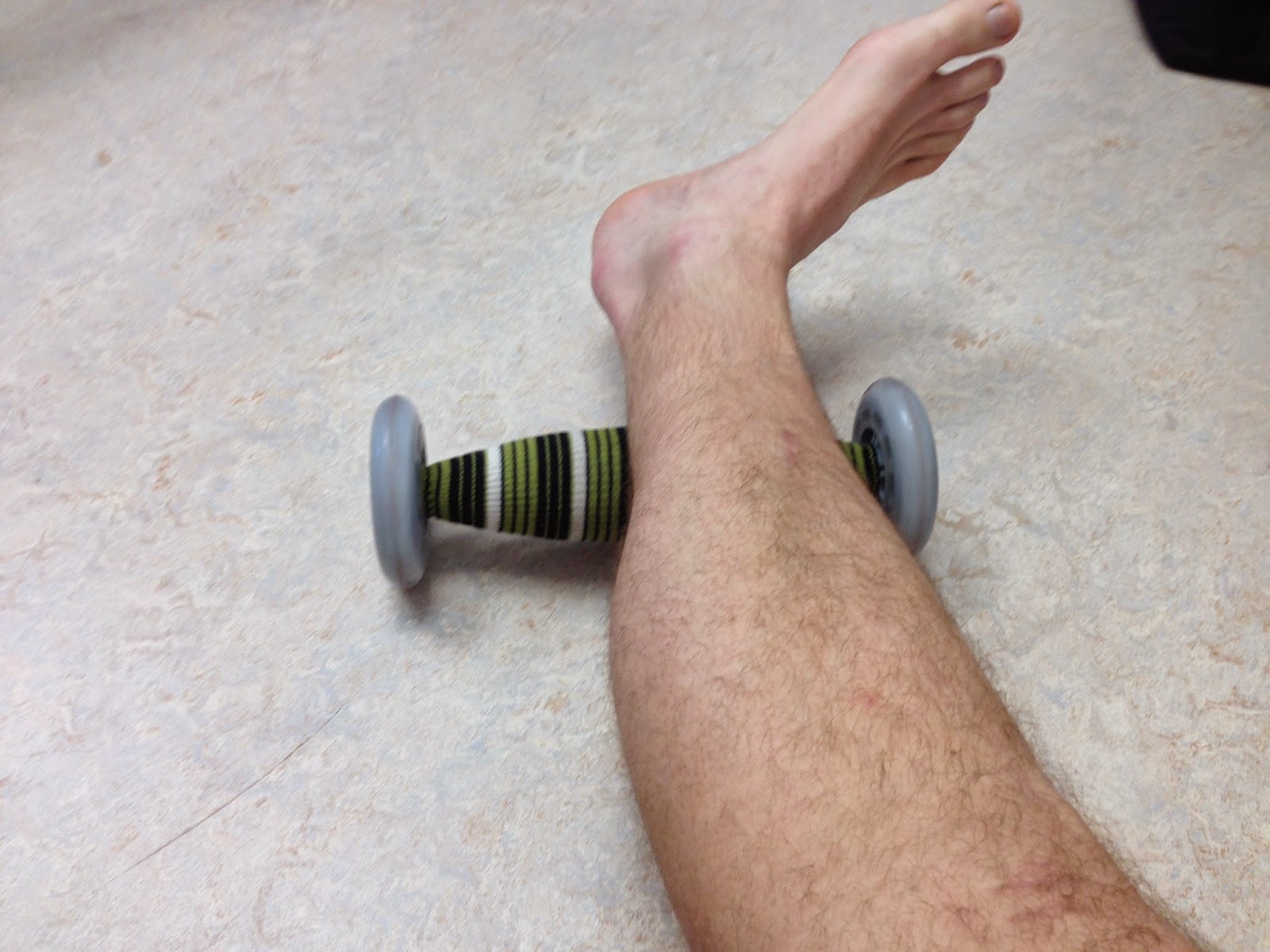 The concept is simple enough, two wheels on the outside, almost like wheels for a roller blade and a hard, fabric covered surface in between. What strikes you about this product is just how hard it is. While foam rollers compress, the rolling surface here does not. It remains stiff, firm, and delivers more bang for your buck than a standard foam roller. The surface is suspended, and while you may muddy the fabric with residual sweat, the surface remains clean. This means you can roll on a track, a field, in your driveway, anywhere really, without damaging the roller or soiling it. This particular model is about the length of a standard ruler, meaning I can toss it in my bad and carry it around during cross country or track meets.

That said, the roller’s density digs in. When I use it, it feels as if I am getting manual therapy, Graston and such, the type of work that relieves muscle adhesions and loosens up the legs. As an individual who suffers from calf tightness, the TPQuadballer can release the pain, set me to run, and then alleviate discomfort post workout. While rolling isn’t for everyone, I recommend giving this model a look as it retails for around $50 on Amazon, given the day.
Posted by Steven Stam at 6:16 AM No comments:

Book Review: Francois Lelord's Hector and the Search for Happiness

I discovered Hector and the Search for Happiness  upon viewing the theatrical trail for the now recently released film when I went to see an independent movie over the summer. The book itself is rather simple—something clean, pleasant, and almost antiseptic. Francois Lelord scripts a journey in which Hector, seemingly disaffected by life as a psychiatrist within traditional western society, ventures out and explores the world in search of well, happiness. The text has pace, but beyond the idea of happiness: finding it, understanding it, and questioning it, the plot is almost nonexistent. Thus, it is part self-help, part mysticism, and part social commentary, all rolled up into the premise of a novel (and now a successful series of them). The novel is successful, but not through tension, but the journey itself (think Walter Mitty but toned down).

Written with prose that is clean and simplistic, the text takes you around the world, landing in China, Africa, and what one assumes the United States, all in an effort for hector to grasp and understand the secrets of society and man. Lelord opts for minimalism more often than not, eschewing country names, product names, and even alluding to but not naming sex. Hector strives for happiness and his journeys are the vehicle to get there. In the end, we cannot truly know the answer, but we learn from his journey, we come to understand what life is and what it could mean to many, if not just ourselves. Such a fact makes the time spent reading the text and subsequently the film adaptation, more than worth it.
Posted by Steven Stam at 7:17 PM No comments: