This piece landed in the top 25 of The Molotov Cocktail's Flash Monster contest before being published online in the Maudlin House. It remains one of my favorite written pieces lately. Enjoy. 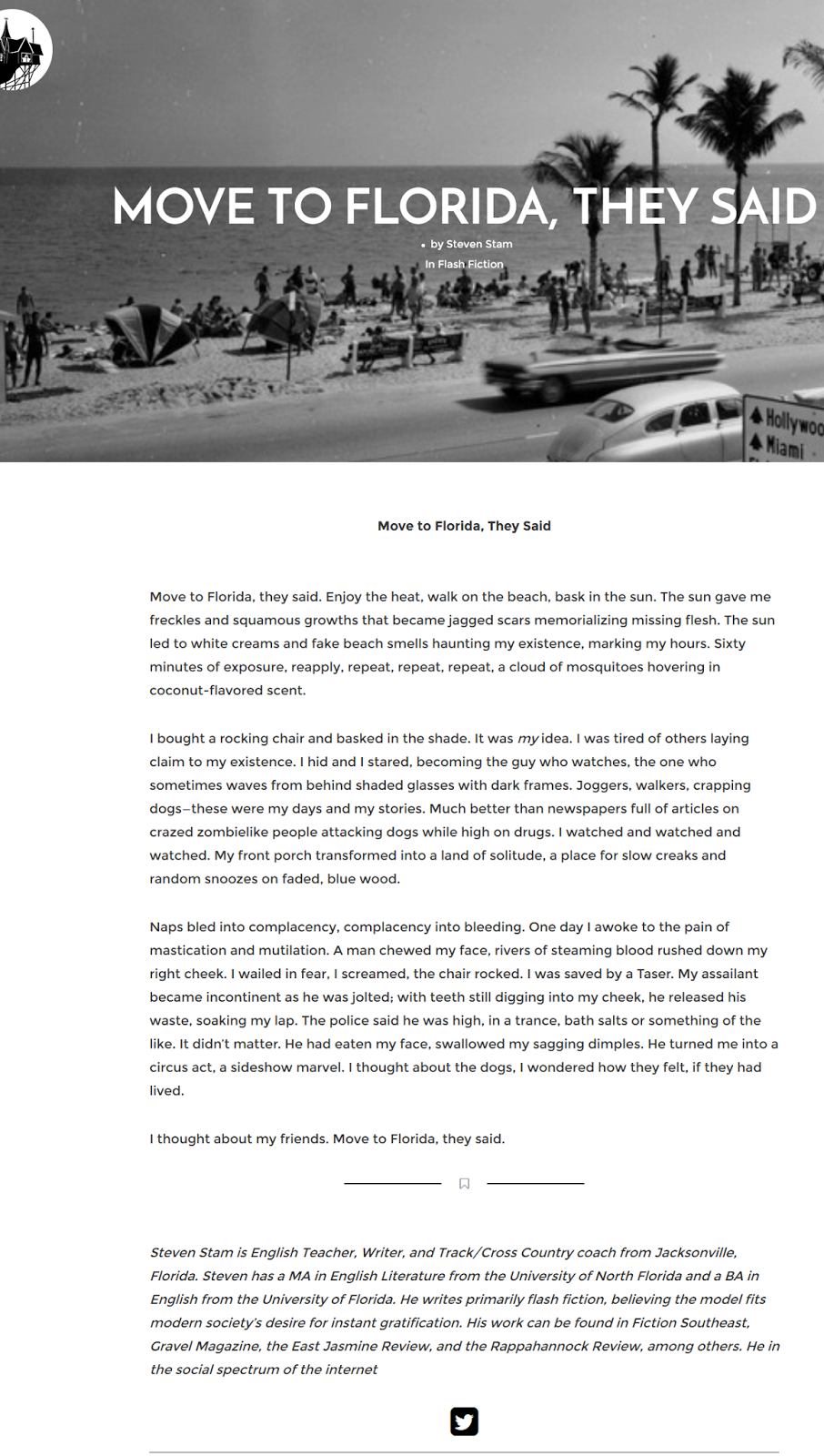 Move to Florida, They Said
Move to Florida, they said. Enjoy the heat, walk on the beach, bask in the sun. The sun gave me freckles and squamous growths that became jagged scars memorializing missing flesh. The sun led to white creams and fake beach smells haunting my existence, marking my hours. Sixty minutes of exposure, reapply, repeat, repeat, repeat, a cloud of mosquitoes hovering in coconut-flavored scent.
I bought a rocking chair and basked in the shade. It was my idea. I was tired of others laying claim to my existence. I hid and I stared, becoming the guy who watches, the one who sometimes waves from behind shaded glasses with dark frames. Joggers, walkers, crapping dogs—these were my days and my stories. Much better than newspapers full of articles on crazed zombielike people attacking dogs while high on drugs. I watched and watched and watched. My front porch transformed into a land of solitude, a place for slow creaks and random snoozes on faded, blue wood.
Naps bled into complacency, complacency into bleeding. One day I awoke to the pain of mastication and mutilation.  A man chewed my face, rivers of steaming blood rushed down my right cheek. I wailed in fear, I screamed, the chair rocked. I was saved by a Taser. My assailant became incontinent as he was jolted; with teeth still digging into my cheek, he released his waste, soaking my lap. The police said he was high, in a trance, bath salts or something of the like. It didn’t matter. He had eaten my face, swallowed my sagging dimples. He turned me into a circus act, a sideshow marvel. I thought about the dogs, I wondered how they felt, if they had lived.
I thought about my friends. Move to Florida, they said.
Posted by Steven Stam at 6:41 PM