When I reviewed Percy Jackson and The Sea of Monsters, I complained about a lack of growth in both the text and the author, but in the third installment of the Olympians Series Percy Jackson and the Titian’s Curse, Rick Riordan finally adds a hint of depth to the narrative the previous installments have been lacking. While we are still in Percy’s head, he has a broader perspective, sensing the world around him and demonstrating growth as both a character and a series. Thus he holds the book up, showing concern for others and more genuine emotions than we see in the video game style, immature hero for the first two books.

As the narrative commences, Percy and his band of friends are off to rescue some newly found half-bloods, only this time said rescue is to take place during the winter. As always times are urgent, it seems that monsters are about to destroy the lives of the brother and sister duo the named heroes seek to rescue (later identified as descendants of Hades). In the melee, Artemis arrives with a band of hunters, who as long as they do not perish in battle, exist as immortal servants to the goddess. But as a result of the battle and perhaps Percy’s actions, Annabeth disappears, sending Percy into a personal quandary just as deep as the coming apocalypse of Western Civilization. As Aphrodite will later imply, Percy has feelings for Annabeth that run deeper than friendship and spur his desire to save her.

Thus Titians continue to stir, their army amasses, and Atlas, once holding the sky on his shoulders, has tricked Artemis into bearing the burden in order to tempt Thalia into joining their cause while simultaneously working to eliminate Percy from the gene pool. As the central half-bloods, joined by Grover, huntress Zoe, and short lived newcomer Bianca journey in search of the goddess of the hunt, they face the doom of civilization in that yet another short time span (5 days before the winter solstice) stands before them. Skeletons sown from the teeth of dragons (think Jason), giant hogs, and mechanized soldiers bar their bumbling path. The mythological hijinks continue to buoy the text despite growing glimpses into the character of Jackson himself.

As usual, divine forces dot their journey, pushing them, if not begrudgingly at times. Yet this time around, the novel works on a deeper level. Percy seems to understand his surroundings, and such awareness works to push the narrative on. It is no longer just a series of loosely connected battles, there is an arc, an understanding, and thus a direction. Further adding to the fray, Grover, who was next to useless in the first text, now has power, the ability to control nature, and legitimate purpose. The heroes are growing up, even if we only see about a week of their life per year.
Posted by Steven Stam at 9:14 AM No comments:

Percy Jackson and The Sea of Monsters offers another installment of wacky, quirky mythological adventures in a modern world. Picking up a year after Percy Jackson and the Lightning Thief, this installment presents a narrator that, while he has aged a year, shows little overall growth and change. Rick Riordan is not J. K. Rowling, who took a fledgling writing style at the advent of the Harry Potter series and then grew into a more versed and nuanced writer. To the contrary, Jackson remains a bumbling stumbling teenager, which he should since he is one after all one, but the prose suffers from the first person style. One gets caught up in the short attention span and endless stream of monsters that confront the protagonist, but the outcomes, much like those in the Greek Mythology the narrative incorporates are more coincidental than not.

In this installment, life has worsened for Half-Bloods as a potential war between the gods and the titans now brews. People are choosing sides, heroes are torn, and the camp’s defense system, a tree that wards off evil, has been poisoned. With the help of the gods but without the blessing of the camp’s staff, Dionysus and Tantalus, Percy finds himself at the center of a quest to heal the tree and rescue his satyr friend Grover. Grover who was once a bumbling fool, has grown and power and magic (inexplicably) and is now engaged to the Cyclops Polyphemus (think the Odyssey), and is waiting his rescue before the nuptials arrive, Polyphemus loves to eat satyrs. Thus Percy and his band of friends go off to save the world, doing so in a panic based rush. They are always in a hurry, days are numbered, civilization might fall, and Jackson somehow, often by mistake lands as the potential savior despite prophecies warning that he could cause the potential destruction.

This is not to say that the text isn’t fun—it is. Yet Riordan doesn’t show the growth one would expect, relying too much on things to magically work out, which while part of his conceit, does not make the plot deeper. One can only read through a few sudden, inexplicable, magical rescues at the absolute moment of need before you want more, and at this point the text does not offer that additional substance.
Posted by Steven Stam at 5:29 AM No comments:

Email ThisBlogThis!Share to TwitterShare to FacebookShare to Pinterest
Labels: Book Review, Percy Jackson and the Sea of Monsters, Rick Riordan


The Newton Distance Elite sits on an original Newton frame, one that predates the current pop 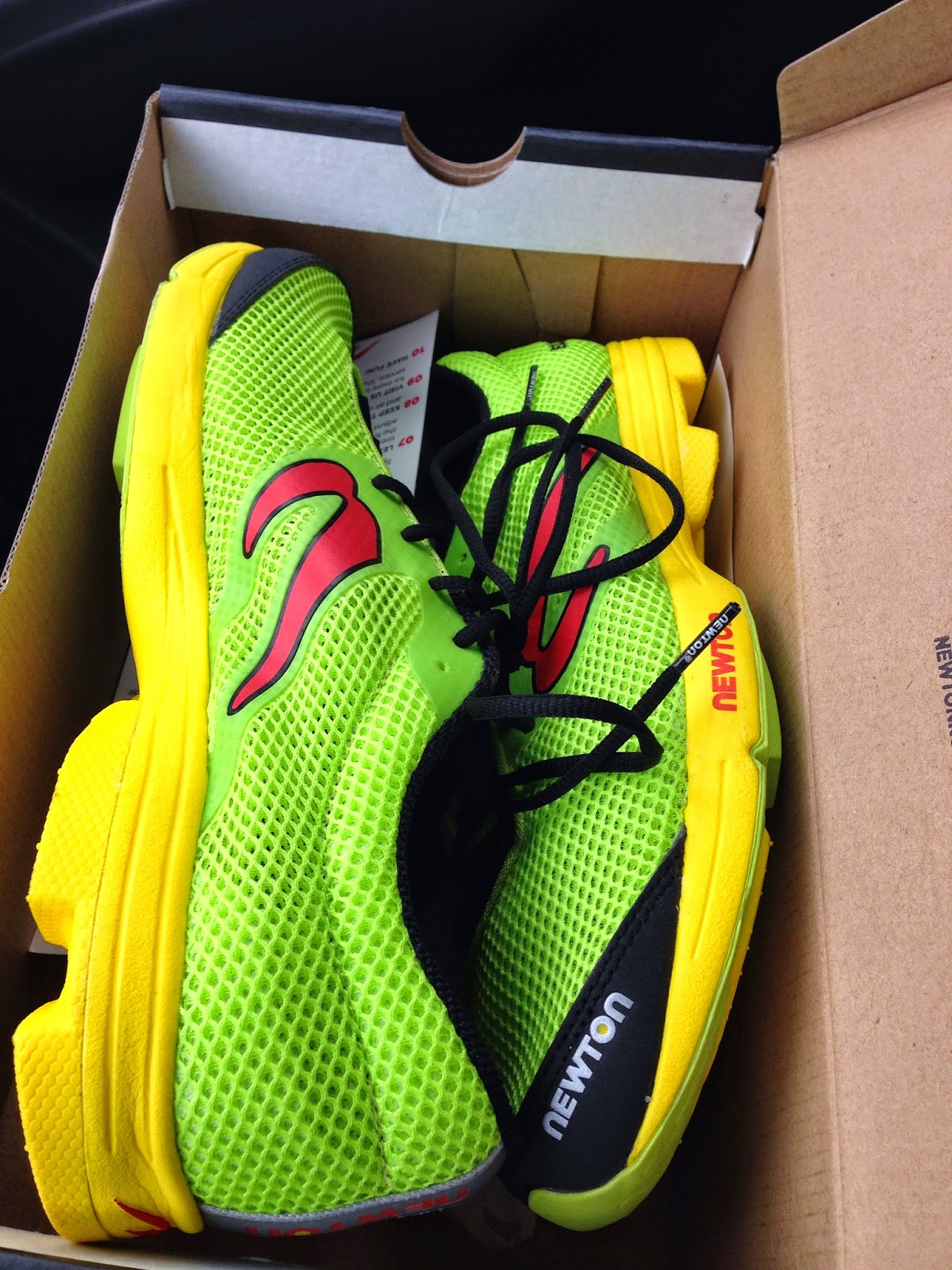 formatting. Built for their Elite racing team, this shoe is designed as a racing flat of sorts, one that comes before the MV series but is still in production. It has the traditional set of four lugs, lugs that are less than subtle, and an original Newton look. That said, the shoe resembles the Newton Distance, and while I was not a big fan of the original model, I took to this version a little more. A bit more lightweight, a bit more flexible, I find that this shoe has more of a natural feel on the foot than the original Distance models. I could run more the way I wanted to and did not feel like I was overstriding. 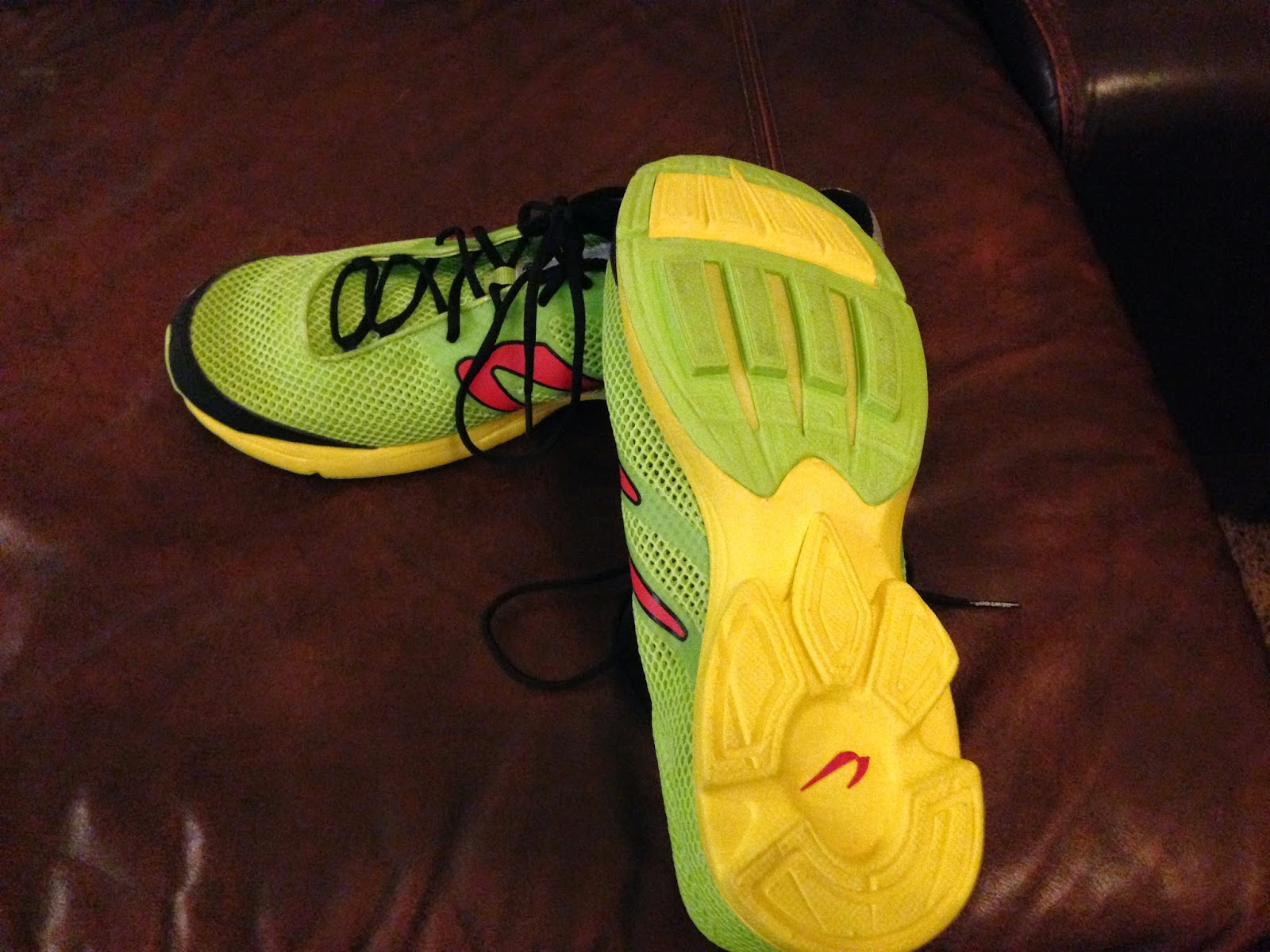 The Elite has a racer build, no rubber on the heel, nearly flat heel to toe with a 2mm drop, asymmetrical lacing (the rage in shoes now). On the road it has pop, a bit of bounce, especially in the mid-foot. There is ample padding, but such padding prevents one from feeling the road; if you want feel, these are not your shoes. You know what is there, but you do not have full understanding with all of the padding and air filled compartments in the way.

Proprioception is more difficult—one must pay attention to their surrounds for they may not feel it. With this fact in mind, trail running is more difficult than my traditional shoes of choice and I have often eschewed using the model when I wanted to give them a whirl in the rotation, especially since many of my runs are multi-surface endeavors.

In terms of speed, they are great for the steady tempo run, the long race where you run one speed for a long time—think 10k and up. I’ve used them for a half marathon, and while I found them clunky at times, they raced well, had great bounce, and they did not bother my feet. Yet, when it comes to intervals they feel too big, as if there is too much shoe there for acceleration and speed fluctuations. Bouncing in and out of 400’s does not feel comfortable, and is not the shoe’s strong suit.

Posted by Steven Stam at 7:23 PM No comments: