A quick piece of flash fiction here, 152 words, published online my EXFIC. I hope you enjoy. 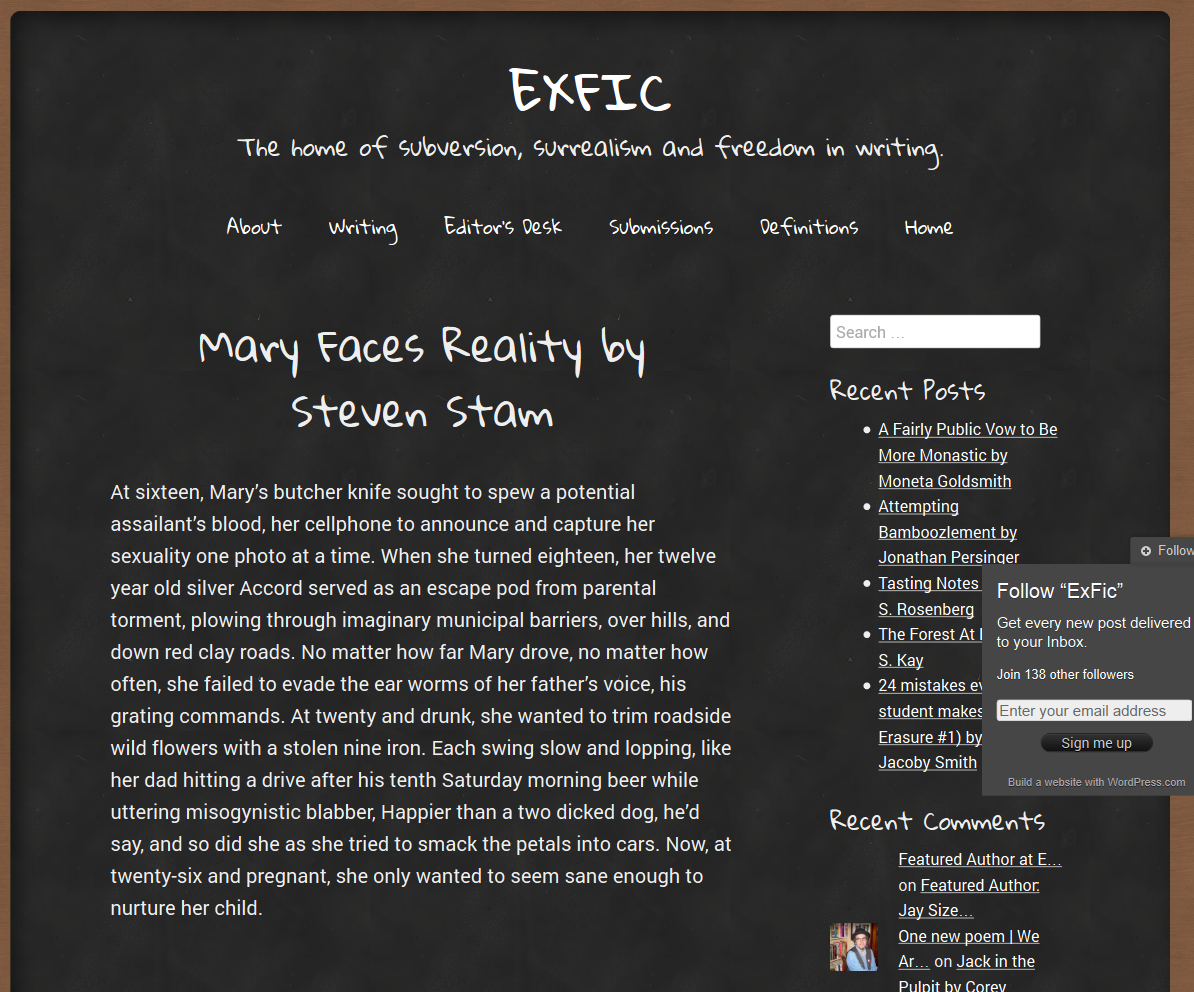 At sixteen, Mary’s butcher knife sought to spew a potential assailant’s blood, her cellphone to announce and capture her sexuality one photo at a time. When she turned eighteen, her twelve year old silver Accord served as an escape pod from parental torment, plowing through imaginary municipal barriers, over hills, and down red clay roads. No matter how far Mary drove, no matter how often, she failed to evade the earworms of her father’s voice, his grating commands. At twenty and drunk, she wanted to trim roadside wild flowers with a stolen nine iron. Each swing slow and lopping, like her dad hitting a drive after his tenth Saturday morning beer while uttering misogynistic blabber, Happier than a two dicked dog, he’d say, and so did she as she tried to smack the petals into cars. Now, at twenty-six and pregnant, she only wanted to seem sane enough to nurture her child.
Posted by Steven Stam at 8:18 AM