Listening to Your Body 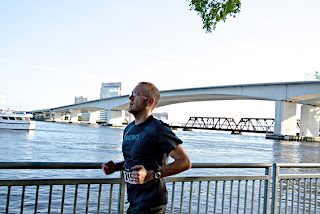 With multiple races scheduled for the next few months, I have recently upped the intensity of workouts, working to add both pace and mileage in an effort to convert a successful season of training for track (while I coached it) into a race season worth remembering. Yet the introduction of a stressor has a dark side. As an athlete, you want to improve, so you introduce stress into your regime, forcing your body to adapt and thus improving your performance. But each new agent of change can attack and destroy your body, leaving you injured and on the sideline. If you add too much, too soon, you can break down. If you induce additional change before your body has adapted to the previous change, you can fall apart. Thus you walk a fine line between achievement and facing the dark side of increased training loads.

In terms of my increased training load, I found injury, something that for the most part has eluded me. I woke up on a Friday with pain on the top of my foot, extending down to my toes, pain that grew worse with toe flexion and the application of any shoe. It abated as the day went on, and I snuck out for a quick five miles, feeling little to no pain during a speed workout. The injury was not gait changing, and thus I felt I could run through it and did. I should have listened to my body or even the advice of one of my Skora Teammates.

Saturday offered a different feeling. During a morning run, the foot refused to loosen up, it offered no give, instead aching, forcing my foot to slide a little. My gait felt off—things were not right. This was a problem. I was actually forced to limp throughout the day and entered into an icing regimen. I should have slept in on Saturday, rested my foot, and put myself on the path to healing, instead I exacerbated the problem. 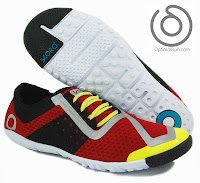 So I was forced to ask myself a question: go on the 15 mile run scheduled for Sunday or take the day off? Hit the road on Monday or do the same? I listened to my body and skipped Sunday, taking it easy, icing frequently, and working to massage the kinks out of my legs. I want to run the race schedule I have planned. I want to have success. Pushing myself now, could result in further, worse injury, thus I need to be focused and pay attention.

I did the same Monday, skipping my run, and waited until rather late in the day on Tuesday before endeavoring out, keeping my movements mostly to soft surfaces and off of the roads. As the two days passed, the foot felt better, my walking became more normal, and I became antsy. Should I have run on Tuesday? Probably not, but the injury ceased to be gait changing and form was my focus, landing patterns had to feel normal or I would stop at any time. In the end, the goal is achieve, but now I must alter my plan. My body has spoken, something did not work, thus I need to listen to it, examine my stressors, my sleep patterns (I had a horrible few nights leading into the injury), my hangnails, and the other indicators that my body is breaking down. In the end, a training plan matters, but listening to your body matters more in order to achieve success.